How To Stick With Brazilian Jiu Jitsu Classes

What steps can I take to stick with BJJ classes after I start? So you’ve done it! You’ve made the decision to try Brazilian Jiu Jitsu in pursuit of meeting your New Year’s Resolution and bettering yourself as a human being. Maybe you’ve even called a gym or perhaps you’ve already attending your first class. The hardest part is out of the way. You’ve taken the leap and have told yourself, “that’s it! I’ve put it off long enough, I’m finally starting BJJ on Monday!”

That’s Great! That’s the first step and the hardest one to take. Congratulations! However, it is certainly not all down hill from here. Most people who start BJJ will never even make it to their blue belt. Most people quit within the first 6 months: a very large percentage in fact. I believe this is largely in part due to people not knowing how to change their schedules to accommodate for a new activity. In today’s post, I am going to go over 3 simple tips that will help you not only with starting your new martial arts hobby, but also with sticking with BJJ long enough to really see the benefits and grow in the art.

One of the most common reasons people quit Brazilian Jiu Jitsu is that they write checks that their body can’t cash. Some people start training with so much enthusiasm. They come in for every class that they are allowed to attend, and some schools don’t limit new students. (I believe schools should limit the number of training sessions new people may attend per week specifically for this reason.) You will have some new students who come in for 5 classes per week for 3 or 4 weeks, and then you don’t see them again. When this occurs, one of two things happens if not both. The first possibility is the person has completely exhausted themselves. Training 5 days per week can even be challenging for the seasoned veteran much less a new grappler with limited athletic experience. The student starts to wake up sore and with aches. The person continues to work through these aches and pains because they want to be tough and because they genuinely don’t want to miss class. But if our body starts to ache, it is often our body trying to tell us that we are being harder on it than it can handle. Sooner or later, something’s gotta give. The student continues to push through these pains, and they will eventually fall victim to an injury. The person is now hurt enough that they are unable to come in. Now, in the student’s mind, they think “I’ve been training for a single month and I already have an injury. I don’t want to keep getting injured so I’m not going to go back to BJJ.” Thus, a potential future black belt steps off the mat for the last time never to be seen again.

The 2nd reason people quit as a result of “over-doing it” is a scheduling issue. It’s no secret that Brazilian Jiu Jitsu is a time commitment. Each class is a minimum of an hour, sometimes an hour and a half. And then most gyms have at least a half hour of open rolling time after class. Factor in the commute time (let’s say 15 minutes one-way), and the new student has a time commitment of at least 2 hours per night that they train, sometimes more. In a world with increasing responsibilities, 2 hours can be a substantial chunk of time, especially if you have responsibilities at home like raising children or home repairs. If the new student decides to take it upon themselves to train 5 days per week, that is at least 10 hours of their free time every week that they have diverted from some other activity to BJJ (because obviously they were doing SOMETHING with their free time before starting BJJ). With all of this time being taken away from other activities, sooner or later, the student is going to realize that either they miss the activities that they were doing before, or they have abandoned tasks they are necessary, such as chores at home. When they realize this, it is likely they will over-compensate by refraining from going to any BJJ classes at all and making up for lost time with these other activities. Then BJJ falls by the wayside and is soon forgotten about. As a new student, make it a point to make yourself train at least twice a week and no more than three times per week. In my opinion, this is a good balance to allow yourself to get better, but not to overwhelm yourself physically or mentally or completely tear you away from other activities that you would miss. Always be sure to maintain some sense of balance in your life. 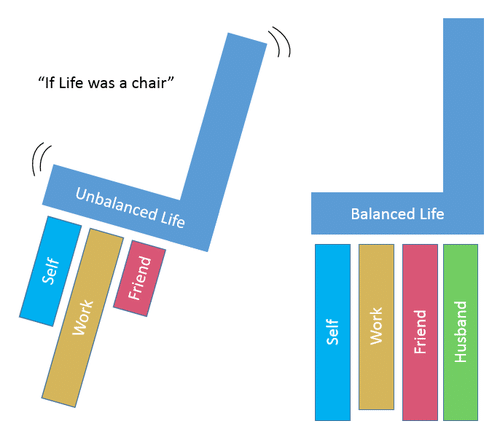 Tip #2: Attend Class Each Week On the Same Days At The Same Times

This won’t necessarily have any bearing on how quickly you progress in BJJ; that is, two days of training per week is just as good if you do Monday and Wednesday one week and Tuesday and Thursday the following week. However, by changing the days you come to BJJ each week, you are setting yourself up for failure, and here is why.

Humans are creatures of habit. If you are constantly changing your BJJ training schedule, it can be hard to motivate yourself to go in for a couple of reasons. First, going into BJJ can be stressful event, especially if you are new to the art. The art of overwhelming to learn, and on top of that, people may be trying to squash you and choke you while you are learning it. Some (Most) people are uncomfortable with this and it causes them anxiety. This anxiety makes it easy to try to make excuses to not attend class. If you are going to classes at random, it’s easy to just say, “ya know, I don’t feel like going tonight, I’ll just go tomorrow.” Before you know it, you’ve reached the end of the week and have only gone once. The 2nd good reason for going on the same days at the same times every week is to assist with your other scheduled activities. By doing this, it’s easy to organize your week. “Monday and Thursday is for Jiu Jitsu. Tuesday is Trivia night with Friends. Wednesday nights are to spend with my significant other.” Etc. This kind of consistent schedule makes is hard to make up excuses for not going because you’ve already made a commitment with yourself that you would go on those specific nights at that specific time. Both of these reaons are why you should set aside certain days and times for BJJ and stick to those times each week. By doing that, you have exponentially increased the likelihood that you will continue to attend BJJ in the months and even years to come because, like I said, Humans are creatures of habit.

Another top reason people quit BJJ (early or even after years of training) is due to frustration. People place an unreasonable and unnecessary amount of pressure on themselves with their Brazilian Jiu Jitsu training and with many other goals in life. I’m not telling you to not have goals. Goals are fantastic to have and make you a better, stronger person. But your goals have to be reasonable given your experience, natural abilities, and how badly you want to reach that goal. People will get submitted for a month straight (because it’s their first month maybe) and they begin negative self-talk. “I’m no good at this. I’ll never learn. Everybody else is light-years ahead of me.” Etc. Of course you are getting submitted! You’re new!! As a new person, your goal should simply be to learn. If you want to set a concrete goal for yourself, make is something like this. Rather than set a goal to “Not be submitted,” (which isn’t the greatest to start with because even black belts get submitted) choose a more reasonable goal like “escape from the mount at least once today,” or “don’t get submitted with arm armbar,” or “don’t let them submit my right arm.” These goals are much more reasonable for a new person to pursue. There are so many ways to be submitted in BJJ that simply saying “I don’t want to be submitted today,” is like a football defense saying “We aren’t going to let them run the ball for any possible yard gains.” There are too many different ways the offense can run with the ball. Expecting to complete shutdown an offenses running game to 0 years for the entire game is pretty unreasonable. Sure it’s happened, but it’s incredibly rare. As a new student, set reasonable goals, and if you don’t meet that goal for the day, that’s ok. You’re new! Tomorrow’s another day and by coming in consistently two or three times per week, you will see yourself starting to achieve those reasonable goals soon enough. Just give it a few months.

There it is everyone! Find your school. Sit down and look at your schedule and pick only 2 days per week to commit to attending class. Decide what two days those will be each week, and stick to those two days. As you begin to learn and progress, then you can add a third day. When you finally go into class, know that you will be submitted. Set goals that you can realistically achieve. When, and only when, you can regularly achieve that simple, reasonable goal. Then set another goal that is just as reasonable and slowly work your way up. Know that even with consistent progress, there will be off days and you will feel like you are even taking steps backwards at times. That’s ok. It happens to everyone. The only thing, the only goal, that is really, truly important is the goal to keep coming back. By using these tips to help you consistently stay with BJJ, you will see your game slowly progress, and before you know it, you’ll be competitive with and maybe even get a submission on the training partners you looked up to as skilled practitioners on your first day of class.