The BJJ Belts Are Both Important and Arbitrary. Part 2

In part 1 of this blog, I spoke extensively on the meaninglessness of the Brazilian Jiu Jitsu belt system, and my points can be extended to any martial arts belt system. I spoke about how just because you are a purple belt, doesn’t mean that you will be unable to defeat a brown belt. It also does not mean that a blue belt will never defeat you. I also touched on how earning your black belt, doesn’t mean you cannot be defeated. Black Belts are very good at BJJ, but they are also fallible humans who are subject to mistake and failure just like any other human being on the planet. I touched on how our self-esteem and our viewpoint about our own skills in the art are so strongly tied to the color of the belt that we tie around our waist, but we should attach the meaning to our actual skill, performance, and improvement in the techniques and in the art. While I do believe that the belts are fairly arbitrary, I also feel that they do have a very significant role in the martial arts world and that their presence is a necessity to help the art flourish.

Why are the Brazilian Jiu Jitsu Belts So Important?

The first reason that belts in a martial art are important is so that you can easily categorized and sorted to assist with things such as competitions or training sessions where you are asked to pair up with someone of your own skill level. In a BJJ tournament, at any given weight class, there potentially be up to 5 different divisions: one for each belt color. This distinction is important for obvious reasons. Even though they are the same weight, it is highly unfair for a white belt to be matched against a black belt in completion. Yes, the white belt may have a chance. It is a possibility that the white belt is a national collegiate division 1 champion wrestling with abasic understanding of submission defense. He may be able to take a black belt down and pass their guard. Maybe even win with a head and arm choke or other more wrestler based submission. But by and large, the average white belt will be quickly submitted by the black belt without the black belt even breaking a sweat. On average, this match is highly unfair. By dividing up people into different classes based on belt color (which in theory also breaks them up fairly evenly based on proficiency and time spent studying the martial art) we can easily make more fair matches for those seeking to test themselves against tough competition.

Yes, you could argue that you don’t need belts because you could just as easily break it up by number of years training. (0-1 years in 1 division. 1-3 years in another division. etc.) However, this could cause some problems too. For instance, you’ll get the people who have been training for 12 and a half months who may plead to compete in the 0-1 years division because that could be better matches for him than a division full of people who are about to reach their 3rd year. You also run into the problem of the many people who have been training for a long time but have taken breaks and have been training “On and Off.” (I believe “On and Off” is probably the most popular martial art in the world. Everyone seems to be training “On and Off” at some point in their martial arts career.) I believe this problem is easier solved with different belt colors. Whatever belt color you have is the belt color you compete at. It’s hard to plead your way down a belt color, so this helps, at least to some extent, to avoid the problem we all lovingly refer to as “sandbagging.” 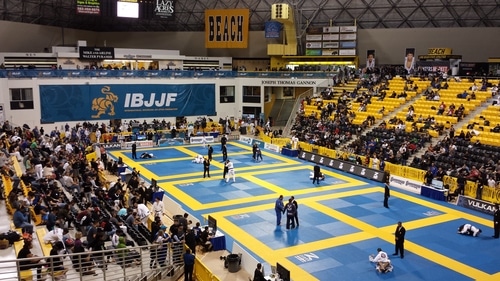 Another reason (and I would argue the most important reason) that BJJ belts are so crucial is that the belts keep us motivated while we develop the martial arts maturity to become motivated by the immaterial. As a new student (or even a seasoned student), you have probably heard of all the different benefits that Brazilian Jiu JItsu has to offer, but you may not have truly felt them yet. You may not have yet realized how your problem solving skills are improving as you struggle to determine how your training partners have began stifling your mount escapes and what you can do to circumvent their techniques. You may not have yet realized the social skills you are developing as you learn to interact with the high school students, the middle aged lawyer, and the soccer mom simultaneously. You may not have yet realized how your continuous effort toward self-improvement in the martial art will carry over into a continuous effort toward self-improvement in other aspects of life.

All of these great benefits along with many more such as health, fitness, conditioning, and others are happening as you train in BJJ, but these changes may be gradual and subtle enough that they may go unnoticed until you have been training long enough that you can compare where you are now vs where you were on day one. (much in the same way that we don’t notice our own aging from day-to-day but can only see it when we compare our current selves to an old photograph that was taken long ago) The only way we may see these changes is if we stay in the martial art long enough to achieve a comparison level with significant contrast from where we started. One way to help encourage students to stay long enough to reap the benefits and notice the improvements is to offer students concrete goals; and there are few goals that are as concrete and as effective at motivating people as a material belt.

I stress “material” because it is something to people can see themselves receive. They can feel it. They are reminded of their accomplishments every time they tie it around their waist before they train. It is something they can show their family and something they can tell their friends about. It is something for them to look at as they are running toward it. They see their friends getting promoted to blue belt, and now they want to get promoted to blue belt too. This material trophy that they can see, feel, strive fore, and brag about creates and strengthens the motivation in somebody who hasn’t yet been training long enough to notice and appreciate the immaterial things that motivate the more seasoned practitioner.

Imagine, if you will, a horse that has been domesticated its entire life, and you want to try to introduce it to the wild. You want to lead the horse to water, you want to show the horse pastures and show it where to feed, where to find mates, and where predators hide. You need this horse to walk and move forward so that it can learn the entire area and enjoy the complete habitat. However, the horse doesn’t understand the benefits that would ensue if only this horse would move forward and explore the environment. To make matters even more difficult, the horse has only ever performed for treats. The horse has only done work for reward: a carrot (Much like many humans have have only worked for a degree/diploma, a promotion, a paycheck, etc.) In order to get the horse to move forward, we need to hang a carrot in front of the horse. This carrot gives the horse motivation to move. As the horse pursues the carrot, it is also moving through the environment and taking in its surroundings. Does the horse need that carrot to survive? No, it’s just a carrot. It’s insignificant. However, that carrot is so important because that carrot is motivating the horse to get through the environment. 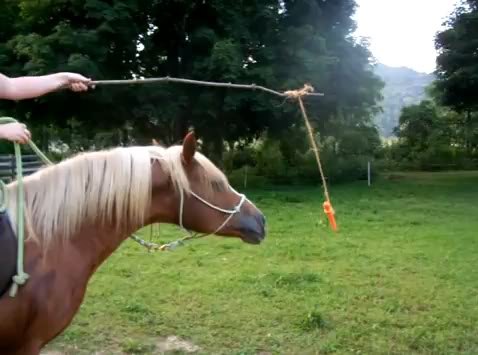 In the same way, many people have only ever put in work towards achieving a goal: a promotion, a raise, a vacation, a bonus, etc. Dropping someone into a martial art and just saying, “ok, here’s a never ending journey, now walk” before they really understand the benefits is foolish. They have no motivation to stick around if they don’t see the benefits and have no goal to chase. We need to place a carrot in front of them. The belt is the carrot. The blue belt hangs in front of new white belts. It is an attainable goal within a reasonable amount of time. If you come and train consistently for approximately 1 year, you will receive this belt as a reward and to represent your work. For many people, this belt as motivation is the difference between someone quitting after 1 week of training and that same person training for several years (or forever).

So as you can see, the belts, while being arbitrary, subjective, and devoid of any true meaning, are so incredibly important to have in place. Without the belt system, BJJ and many other martial arts would likely have significant hardships in getting their students to commit to the lifestyle change and realize their potential.

You have to find what it is that motivates you. Is it the challenge of solving the puzzle? Is it the desire to get into shape? Is it the goal to lose weight? Do you want to compete? Do you want to be ready to defend yourself if that time comes? Do you want to be a black belt? What is your carrot? What is leading you forward and motivating you to continue the journey so that you can see and learn about the beautiful environment and art that surrounds you? Determine what your carrot is, keep your eyes on it, and keep chasing it until you reach that moment when you can really appreciate the journey for nothing more than the journey itself and the realization of the benefits and changes that come with it. And when you finally reach that point in your BJJ career, then you can really start to appreciate and enjoy the art in a way that the carrot chasers can only dream of. Enjoy The Journey!