BJJ and Martial Arts in general often have its students make this same mistake over and over, and it’s hurting the students in the long run. I see person after person fall into this temptation, and it has tremendous negative impacts on their Brazilian Jiu Jitsu game down the road. I know this all too well because I, too, was a victim of this very trap. Now that I am far more mature in my BJJ career, I cringe every time I hear a white belt ask me or another instructor or training partner this request: “Can you show me the berimbolo?” 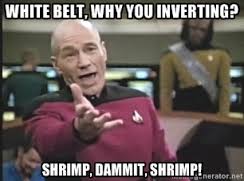 As an instructor, we hate hearing a white belt asking about berimbolo, inverting, x-guard, deep half guard, and basically any technique or position that not only requires dexterity beyond what the new martial artist is ready for, but also overlooks far simpler, more practical options for whatever problem the white belt happens to be trying to solve by executing this more advanced technique. It’s not that we don’t find merit in those techniques. In fact, it’s highly likely that we use them ourselves. But our annoyance comes with disregarding the most fundamental techniques that have been proven to be effective year after year at sport tournaments and in self defense situations.

The Importance of Martial Arts Basics.

Trying to drill inverting in order to prevent the guard pass prior to mastering shrimping is like building a house by putting up walls prior to laying the foundation. Yes, you will be able to look at the finished product immediately (which goes back to our society’s convulsive need for immediate gratification), and you will think to yourself, “that looks pretty good, and it only took me half the time to build it.” However, this is not where the tragedy lies. In a year, that house is going to start to sink into the ground. It’s going to start to lean to one side. It’s going to become crooked. And yes, this house may satisfactorily shield you from the sunshine on those nice, pleasant days, but what about days when it rains? Water will seap through the cracks that arise after it starts to lean. And what about the day that natural disaster comes through? What happense when that house has to stand against against 80 mph winds, tornados, and earthquakes? I’ll answer that with our favorite Donnie Brasko phrase: “Fuhgeddaboudit!”(Translation for Millennial readers: “Forget about it!”) 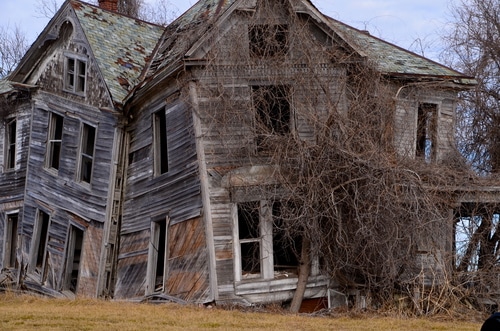 A white belt may do just fine inverting against another white belt in the gym, but the rainy blue belt is going to find the holes in the white belt’s game resulting from his poor foundation. And even if our white belt advances all the way to purple belt relying on his dynamic game and flashy techniques, on that fateful day with the natural disaster we call “black belts” come through, this person’s BJJ game is going to be smashed and crumble faster than that rickety, old, foundation-less house.

How do I know this?

Yes, It’s true, I have seen this happen time and time again so I can attest to this tragedy through observations. But I can even speak about it from a deeper understanding. I made these same mistakes.

My first year in BJJ, and the years following, I was obsessed with learning rubber guard, X-guard, and all of the other guards that I could find on youtube. I relied on my flexibility and my ability to retain guard. I had a ton of success with this as a white and blue belt. But after I had been a purple belt for a while, I realized that once I swept a person, I was completely unable to mount any sort of offense from the top position. I had a purple belt around my waist, but I had the top game of a white belt! It took years for my BJJ game to round out and for my top game skills to catch up to those of my bottom game. It was a horrible realization that my Jiu Jitsu skills were so one sided. I should have been working basic sweeps early on, and once I got a few basic sweeps down, use that to get on top and start developing a passing game and a top submission game.

Here I am now, almost 5 years later and my top game and my basics are on point! However, I can only imagine how much stronger I would be at these basic techniques had I started working them from the beginning. It’s a regret that I still have today.

So the next time you are in class learning the cross choke from mount or the torreando pass for the 5th time in a single year of BJJ training, don’t grumble, complain, and wish for something more flashy and exciting to drill. Instead, drill them with an earnest eagerness knowing that your instructor has nothing but your best interests and development in mind. He is preparing you not for the following week of BJJ, but for your following years as you progress from white belt to blue, to purple, to brown, and finally to black belt.

So, white belts and blue belts, stop asking about the berimbolo and inverting, and shrimp dammit shrimp!