As my years in the martial arts and Brazilian Jiu Jitsu have gone by, I realized that my game had followed a pattern, and I think that this pattern is pretty common for several BJJ practitioners. I will write more about this pattern in the future, but for now, I want to focus on the Guard Passing aspect of my development. As a white belt or blue belt training and competing against other white belts and blue belts, the passing is just another aspect of the game. Sure it has it’s challenges, but I wouldn’t say it’s any harder than any other part of the art, at least not at that skill level.

However, fast-forward a few years and a couple belts, and it’s a whole different ball game. As a Brown Belt, I have realized that passing the guard is one of the most difficult challenges this sport has to offer when you are training with and competing against other Brown Belts or Black Belts. By the time you are a brown belt, you will have a pretty good grasp on the guard game: most of them in fact. As we know, there are seemingly countless different types of guards out there and more are being developed and named almost yearly. The thing is, by the time you are a brown belt and are savvy with most of these guards, so are your opponents, and this can make for quite the battle from the guard position alone. 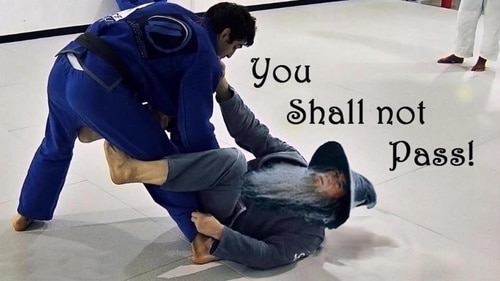 Practitioners who specialize in certain kinds of guard are, in my opinion and experience, much harder to pass. These more difficult guards include positions such as Spider Guard, De La Riva Guard, Reverse De La Riva Guard, and any variations or combinations of guards that entangle either your arms or your legs or both. I have a few great tips to help you pass these troublesome guards that took me years to really understand and figure out. Check them out!

1. First and Foremost, It’s All About Grips!

I would say this is rule #1. As you gain experience in BJJ, you realize that battles in Jiu Jitsu are won and lost in the grips. It is such an easy part of BJJ to overlook, but it is incredibly important. Newer grapplers are so focused on just trying to get the big movements right and getting their larger limbs to do what they should be doing, and as a result, they often neglect the small movements. That is, they are so concerned with what their arms are doing, that they forget what their hands should be doing. On the flip side of this, we also need to be aware of what our opponent’s hands are doing. Something equally important to establishing and maintaining our required grips is this: preventing our partner or opponent from establishing and maintaining the grips that they want. If your opponent gets a grip, and your hands don’t already have your grips established and working toward your pass, your immediate goal should now be to break your opponent’s grips. If you allow your opponent to synch up and tighten down on the grip they want before you have your grip, you are already a step behind and are setting yourself up for failure. If you’re new to this martial art, I know you have a lot of other stuff to focus on and get down, but be sure you don’t neglect the grips in the process and you’ll be head and shoulders above the other white belts out there.

2. Keep Their Dirty Feet Off Of Your Clean Gi!

In a way, this is very similar to the first key concept of grip fighting, except that now we are fighting off his other two appendages: his feet. It can be incredibly easy to be suckered deep into your opponent’s guard as you make it a point to close the distance and pass. However, you have to remember that as you close the distance to get your grips and get control, you are close enough to him that he can control you too. He will try to place his feet in your hips, put his feet in your biceps, wrap your leg into De la Riva and all sorts of other frustrating entanglements that can be very difficult to unwind while endangering you to being swept or submitted. This key concept comes to us from none other than Pedro Sauer Himself. “Imagine you are wearing a clean, white gi and your opponent has dirty feet.” You don’t want your opponent’s dirty feet to mark up and soil your new, bleach white gi, so you have to control his feet. Grab your opponents feet and put them somewhere where you can control them at least to some extent. Stuff his feet underneath you, pin them to the ground and put your weight on them, or do anything you can think of that will prevent him from using his feet in whatever way he pleases. If he wants to use those dirty feet, make it a battle and don’t forfeit control of his feet so easily. If you can prevent him from using them for Spider guard or De La Riva guard, that will make passing his guard exponentially easier. 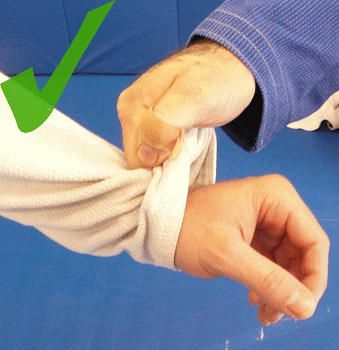 3. Make Them Carry Your Weight

Now that you have their grips broken, your grips established, and their feet off of you (and your clean gi) you can begin to utilize an incredibly valuable teammate that you have while you are in somebody’s guard, and that teammate is Gravity. Make the opponent carry your weight. Force the opponent to have to hold up your weight with their legs, but without being so far forward that they can use it against you to sweep you. By doing this, you will place all of your weight on your opponent’s legs and force their knees to the mat. Smash their knees to one side or the other, and then pass their guard. Even if your opponent has strong legs and can keep you from pinning them, by consistently applying your heavy, dead body weight to your opponent’s legs, you will tire and fatigue your opponent. This is an uphill battle for the guy on bottom. If his legs are carrying your body weight, he will only be able to hold them up for so long before they weaken and crumble underneath your weight. When this happens, continue to be dead weight on top of his legs, and he will soon be at a distinct disadvantage. When he is in this compromised position, you should be able to make quick work of his guard and surmount his legs with little effort. 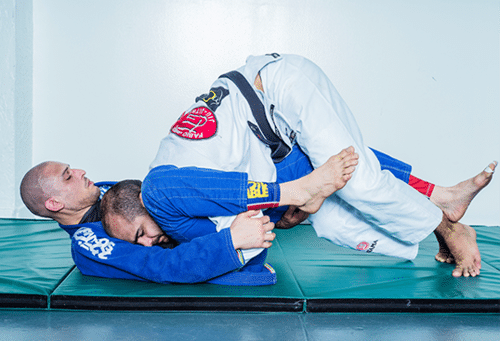 Using your body weight on his legs is a sensitivity that will take practice and a “trial and error” procedure to develop. If you give him your weight but are too far forward or to one side, you become very easy to sweep. Make sure to play with this concept time and time again, and be persistent even if you fail for a while. If you fail, it is likely only because you are applying your weight incorrectly. It is up to you to learn the “Invisible Jiu Jitsu” involved in this concept and how to correctly apply your weight.

By applying these 3 simple (but not easy) concepts, you will begin to see your guard passing success rate increase and learn to make quick work of many of the guards which may have given you some trouble before. And remember, even if you haven’t been able to incorporate all 3 of these concepts, I want you to take away this one point and really focus on it whether it be from the guard position orany other position in Jiu Jitsu. Just this 1 concept can entirely change your game, and the concept is this: Matches are often won and lost based on Grips!